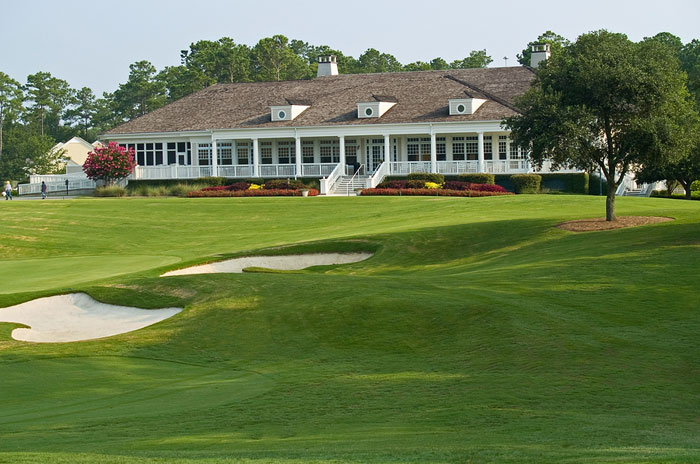 Golf legend Ben Hogan once said: “The most important shot in golf is the next one,” his subtle way of acknowledging the importance of remaining relaxed and focused on the golf course. Naturally, this is easier said than done. Even Hogan – who won more than sixty PGA tournaments (including nine majors), during the course of his Hall of Fame career – once admitted his “tendency to remember [his] poor shots a shade more vividly than the good ones.” Considering the mental challenge that golf presents, I’m often surprised how golfers won’t hesitate to spend hundreds of dollars a month on swing lessons, while completely ignoring the mental aspect of the game.

Of course, I’m not discounting the value of golf lessons, or the importance of working on one’s swing and putting stroke, or the benefits of solid fundamentals and technique. But considering that golf is, in large part, a mental game, doesn’t it make sense to make an effort to devote a portion of your time and attention to mental preparation? Countless PGA and LPGA Tour pros think so (though most don’t go out of their way to advertise it), working with hypnotists and sports psychologists to help give them a mental edge during tournaments.

Yet one not need be a professional to benefit from hypnotherapy or other mental training. A golfer of any level of ability can improve his or her long game, short game, and putting stroke by using hypnosis to improve concentration, enhance form & technique, and foster a positive mindset.

For those unfamiliar with hypnotherapy, it’s nothing like it’s commonly portrayed on television and in Hollywood movies. Hypnosis is a natural, yet altered state of mind marked by a high degree of suggestibility where one can tap into the subconscious mind – the super learning part of the brain. During a hypnotherapy session you are relaxed and receptive, and thereby able to address and resolve the inner conflicts that may be causing issues with your swing or putting stroke.

In my hypnotherapy practice, I regularly work with golfers to help them maximize their ability. In many cases, golfers come to me when they are in a slump, as was the case with John T. of Mt. Pleasant, an avid golfer who had been dreaming of having more time to play golf during his retirement years, but became distraught when his game took a downturn.

“I did well on the range but lost it when I hit the course. It got so bad that I was about to give up playing,” he told me. But we worked on his pre-shot routine and on using an anchor to connect to the hypnosis with great success. After just a few sessions he said, “Working with [you] has been a godsend. I didn’t have to give up the thing I love most.”

Yet even those golfers who are largely at peace with the state of their game can benefit from hypnotherapy by taking their talents to the next level. And with so many beautiful and challenging golf courses in Charleston and the rest of South Carolina, it’s a shame not to enjoy them to the fullest extent possible by staying calm and relaxed during each and every round. The immortal Bobby Jones put it best when he said, “You swing your best when you have the fewest things to think about.”

The first step is to arrange for a free consultation. Whether you schedule a consult at my office in downtown Charleston or arrange for a session via phone or Skype, the benefits of hypnotherapy are waiting to be discovered. Call 843-252-0573 or contact me at truehypnosis.com to get started today.

How Golfers Can Gain an Edge with Hypnosis

“Don’t ever try to tell me golf is not 99.9 percent a mental game,” wrote Jack Nicklaus in his 1998 autobiography, My Story. It’s…