Before you step up to the tee, you take another look at the layout of the hole on the course map. What’s the first thing you think about? Yardage? Perhaps, but for many, it’s the placement of the bunkers. You want to know where they are so that you can avoid them.

That stinking thinking often causes golfers to drive their ball right into … a bunker. 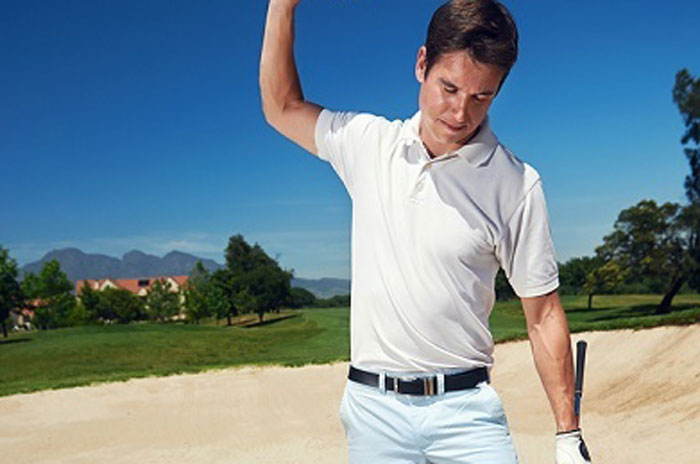 You thought that you are concentrating on avoiding the bunkers. What was actually happening is that you had engaged your mind in “bunker gear.” It is intensely focused on the bunkers.

Why Not Focus on the Fairway?

There is a principle in life that says “You become what you think about.” Let’s think about that for a minute. A principle is a truth. It is, therefore, unchanging. Motivational speakers from the late Earl Nightingale to Dr. Wayne Dyer emphasize the need for people to grasp this fact because it is life changing. 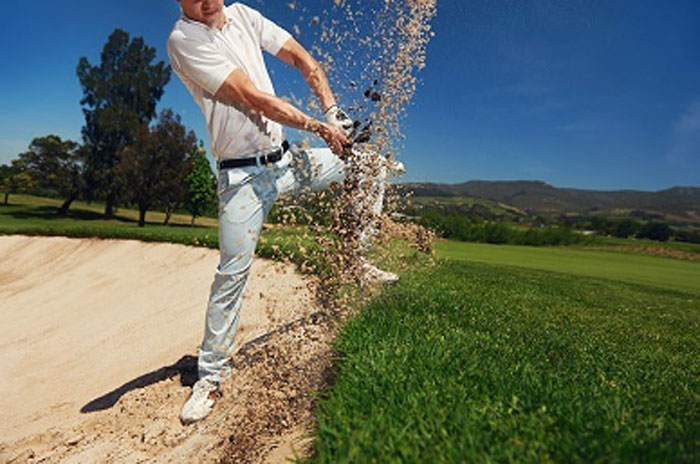 Right thinking can mean less of this …

The issue is not your boss. It is how you think about him. In the same way, the issue is not the bunkers. It is the fairway and the green. You have got to focus on where you want to go, not on where you don’t want to go. Look at it this way, if you are planning a trip to New England, you may wish to avoid going through New York City. You don’t focus on avoiding New York City when you are on the road. You focus on the following the route you have planned. Avoiding New York is a byproduct of following the right way.

See Where You Want to Be

Ben Hogan is reputed to have said that he was playing at his best when he could see his next shot completed before he ever started the club moving forward. The completion of that shot in his mind was most definitely not in a bunker. If he didn’t see his ball ending up a bunker, the odds were that is also not what he saw when his ball landed. 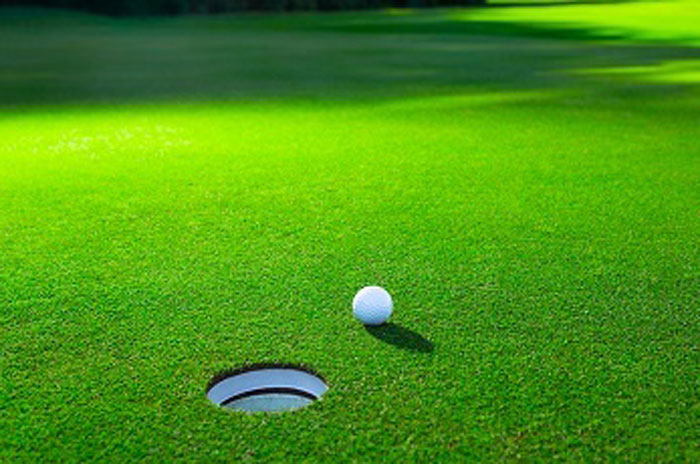 Before it became a science, Hogan understood the principle. His incredible success wasn’t a fluke. He had learned to “play in the zone” before it was a popular buzz-phrase. “The zone is a mental state where our subconscious takes control of activity. In that state, the ego and the conscious mind are prevented from interfering, so no conscious pressures are sabotaging a person’s success.” On top of that, subconscious messages travel to our muscles 10 times faster than conscious messages.

Golf Hypnotherapy Can Put You in the Zone

If golf hypnotherapy seemed far-fetched to you 543 words ago, it shouldn’t now. The practice of golf hypnotherapy helps the client develop a more crystal-clear thought process, consciously and subconsciously, in which the “bunker clutter” is out of sight and out of mind. Hypnotherapy can help you change your thinking so that you focus on the things that produce the outcome you desire. Contact me at 843-252-0573 for a free consultation. I can help you get your mind out of the bunker.